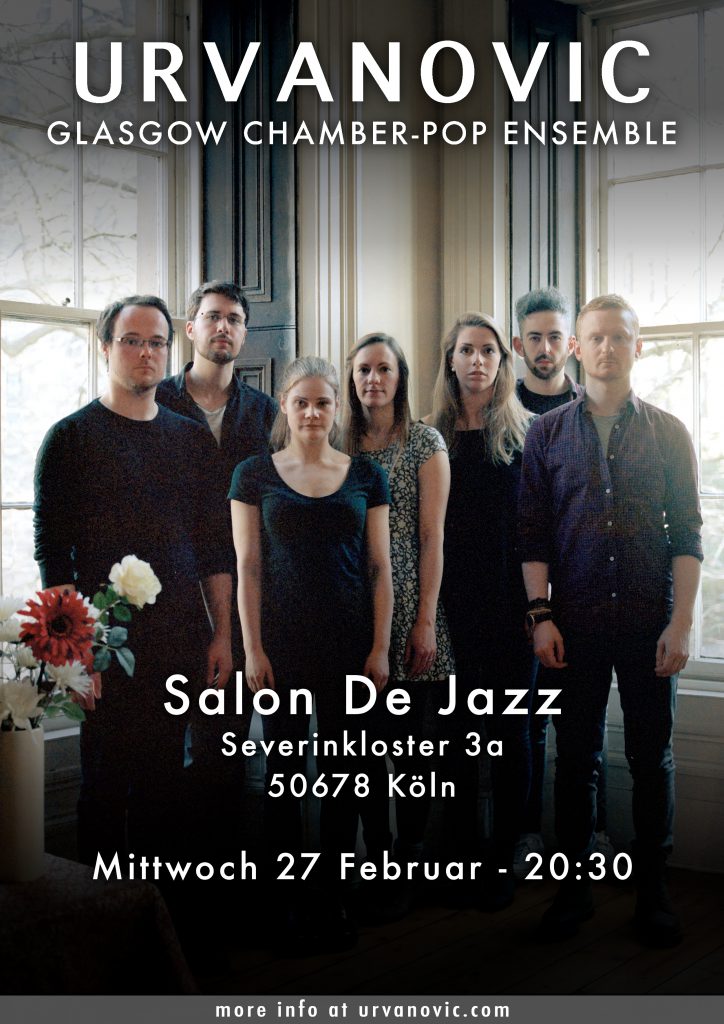 Glasgow 7-piece Urvanovic create dynamic chamber-pop, fusing synths and orchestral arrangements with melodic, intertwined vocals. Their debut album Amateurs was released in 2015 to critical acclaim, featuring in The Herald’s ‘Top 50 Scottish Albums of the Year’. Having recently released their ‚Harmonium // Trove‘ double-A-side in April 2018, Urvanovic are now working on a second LP, due for release in 2019.

„Urvanovic use every element in their seven-strong arsenal to add layer upon escalating layer to their harmonically intricate, icily sprinkled songs“ – The Herald

“Beautifully orchestrated, perfectly tempered, indie pop music that activates both the feelings and the brain” – The 405