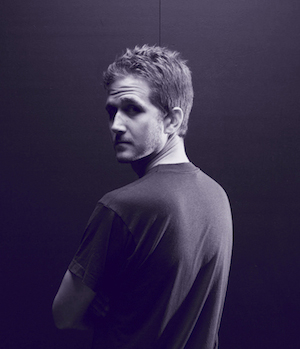 Tristan Eckerson’s life, musical and otherwise, has been that of a nomad since his teenage years, when he left his hometown of Cincinnati, Ohio to pursue his musical career. Since then he has lived in Charleston, South Carolina, San Sebastian, Spain, San Francisco, California, Seattle, Washington, and now Asheville, North Carolina. During this time he has written music and performed in multiple groups on both U.S. Coasts, recording with members of the Ray Charles Orchestra, writing string arrangements for the Magik*Magik Orchestra, performing at Great American Music Hall, Noise Pop, and Midpoint Music Festival, and receiving his Master’s degree in Music Production and Sound Design from the Academy of Art University in San Francisco.

Combining all of his eclectic musical inspirations and experiences and narrowing his musical focus to solo piano, Tristan has recently released the LP „Trozo“, his first ever full length album of solo piano compositions. The album has been very well received by his steadily increasing fan base, and was recently released by the esteemed contemporary classical label 1631 Recordings, who have previously released albums by contemporary artists such as Nils Frahm, Peter Broderick, Jose Gonzalez, James Blackshaw, and many more.

Having just finished a month long concert tour through major cities in the U.S. and Canada, Tristan is now setting his sites on more new music for 2017, along with a rapidly growing international tour schedule. He has recently finished his second full length album, entitled „Disarm“, which will be released by 1631 Recordings this September, accompanied by a two week tour through Western Europe. With his ever expanding palette of influences and musical tastes and a feverish work ethic, the future is sure to hold bright things for this young pianist and composer.

„This miniature song (in length, not in bravado) has already, in the 2 minutes since I’ve started listening to it, shredded my understanding of life itself into itsy-bitsy scraps.“ – Indie Shuffle

„The pieces „Trust“ and „It’s Not Ice“ remind me of Beethoven’s „Moonlight Sonata“, but with more melancholy tones, and not as dark as Ludwig’s piece.“ – Si No Canto Lo Que Siento

„The single is an instrumental delight which provocatively combines an array of eclectic sounds to create a full-bodied celestial experience for listeners.“ – Northern Transmissions

„The track swells like a symphony that builds up like watching a growing tree observed through elapsed time that stems from a bud in the ground to a full-fledged tower of branches, leaves, and natural offerings for the world.“ – Impose Magazine