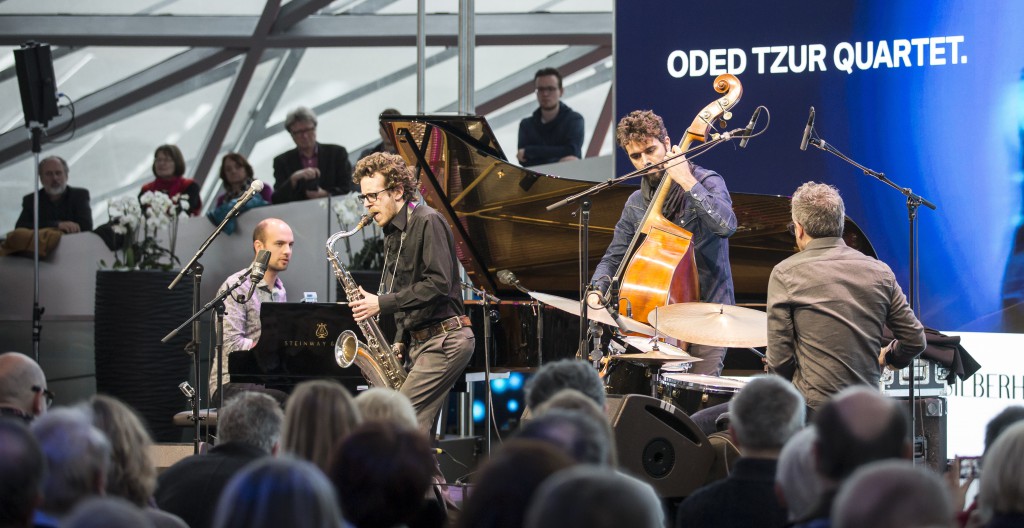 “If a curtain were to be drawn in front of him, no one could tell which instrument was being
played” – Pt. Hariprasad Chaurasia “Meditative” – Michael Barris, Downbeat Magazine

Oded Tzur is a New York City based saxophonist, composer and bandleader. His work explores fundamental connections between different musical traditions and draws influence from the art of storytelling. Tzur is also responsible for the development of “Middle Path”, a saxophone technique that extends the instrument’s microtonal capacity.
Tzur has emerged on the international stage after having invested a decade in research on Indian music. He presented his saxophone technique at key institutions around the world, such as Trinity College of Music, the Amsterdam Conservatory, the California Jazz
Conservatory and more. In 2011, the saxophonist moved to New York and joined forces with Shai Maestro, Petros Klampanis and Ziv Ravitz to create the Oded Tzur Quartet.

Since its creation, the quartet has toured Europe and the U.S, presenting audiences with its unmistakable and captivating language of improvised music. The quartet’s
debut album, ‘Like a Great River’ (Enja Records 2015) was released to extraordinary critical acclaim and established Tzur as a singular voice in today’s jazz scene.