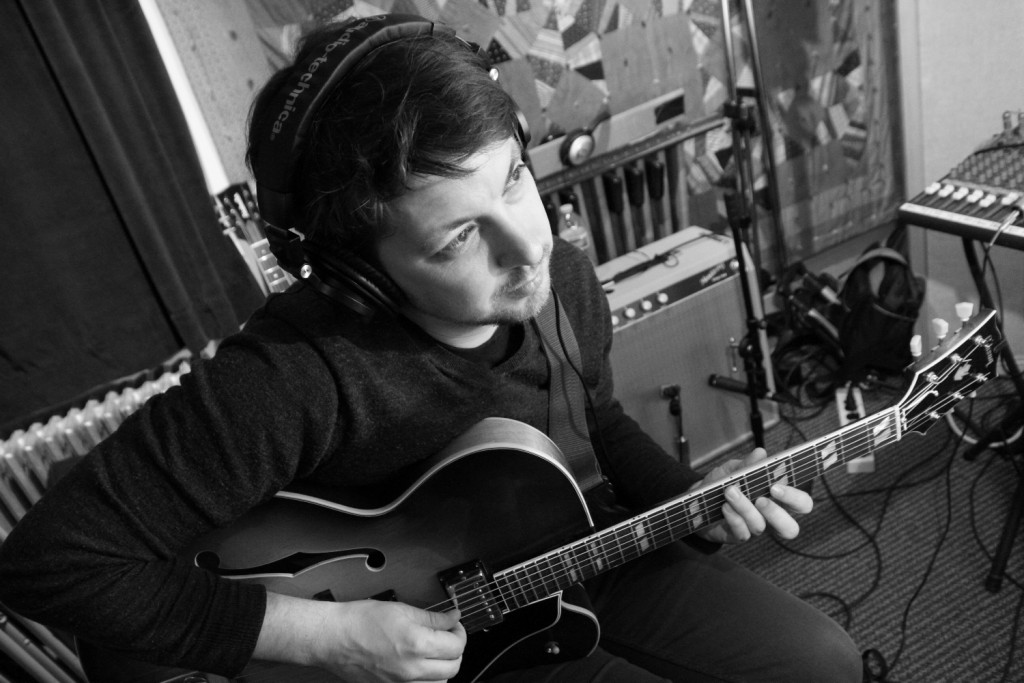 Lage Lund is acclaimed not only as one of the finest guitarists of his generation, but also one of the most compelling jazz artists in the world today. He is a regular in the ‘Rising star – Guitar’ category in the Downbeat Critic’s Poll and has been hailed by Pat Metheny as a favourite young guitarist. According to Russell Malone, one of the judges who awarded Lund top prize in the 2005 Thelonious Monk International Jazz Competition, is “all music and all soul”.
Armed with a mastery of the standard repertoire and a growing and impressive body of original compositions, Lund swings with great authority, displaying a staggering harmonic sophistication and a singularly fluid voice as a soloist. He also brings a “casually magnetic” presence to the stage, “channeling reticence into a whisper-quiet mystique” (New York Times). For the May 2016 European tour Lage Lund Trio brings music from Lund’s greatly reviewed and impressive latest release Idlewild (2015). It is his third record, featuring bassist Ben Street and drummer Bill Stewart, this time as a trio setting. The results are stellar and beautiful as Lund continues to refine his artistry, bringing tonal clarity and an unerring sense of proportion to music.
Through stateside appearances and live engagements throughout Europe, Japan and around the world, Lund has ascended to the highest ranks as a performer and a creative force. He is among those setting the agenda for jazz improvisation in the 21st century.