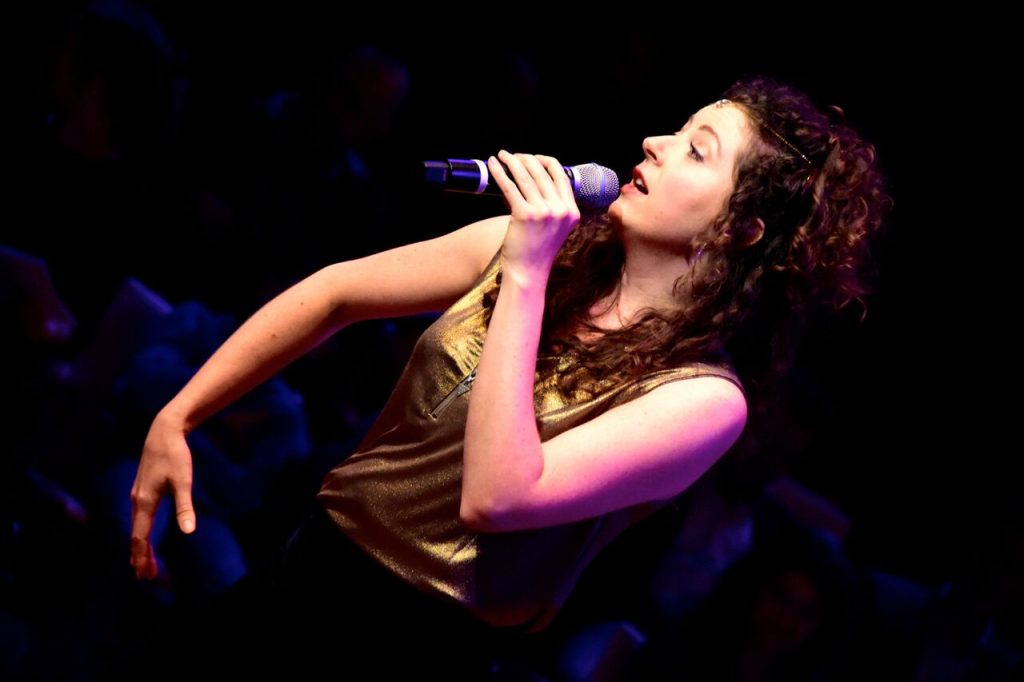 With her debut album „Love is yours is mine“ (Unit Records) Kiki Manders creates an enchanting world of expressive nuances. Her compositions, powerful and sensualy soft at the same time, quietly leave a resonance with a greater intuitiv understanding. Electric bass trickling cool and light, resembling that moment at daybreak, just before the dew kisses the grass. The sound of the guitar melancholic and misty. When listening, her voice – sometimes woolly, other times crisp, but never complacent – embraces, melts together with the colors of the music and becomes a potpourri of fantasy and playful originality.

In Kiki’s music is nature and she finds music in nature. The singer takes inspiration from her encounters with nature, she prefers to write music outdoors – where she feels as a free and moving part of everything. Kiki Manders not only understands the dynamics of the natural as a metaphor for her music, but for life in general „. I want to live life like water and wind“. It is not a coinsidence that the only title on the album that isn’t her own composition, Avec le temps by Leo Ferre, picks up on the transience of life thematically and describes it in a most touching way. Some of the ten songs are written in her mother tongue, a dialect of the South of the Netherlands, which additionally makes the diverse album very personal and authentic.

​Manders grew up in Venlo, a small town in the south of the Netherlands. She graduated from the jazz singing program at the Conservatory of Amsterdam, where she earned a Bachelor and Masters of Music Degree under the tutelage of Sylvi Lane, Lydia van Dam and Annett Andriessen. After graduation, Manders moved to New York City to study Poetry and Improvisation. She also started writing songs in the dialect from her hometown Venlo while living in New York and recently recorded a selection of them, amongst other compositions, to be heard on her debut album „Love is yours is mine“ (Unit Records).

A finalist in the Voicingers International Singers Competition and a semi-finalist in the Brussels Young Jazz Singers Vocal Competition, Manders’ “irrepressible style” makes her an “in demand musician both as a bandleader and as a sideman.” She lent her voice to Amsterdam-based saxophonist Maarten Ornsteins’ DASH!, which featured artists such as Oene van Geel and Morris Kliphuis. She performed with DASH! throughout Europe, in the Music Theatre production “Spica”, multi-disciplinary theatre performance “Brilliant Limbs“ and toured China with the band.