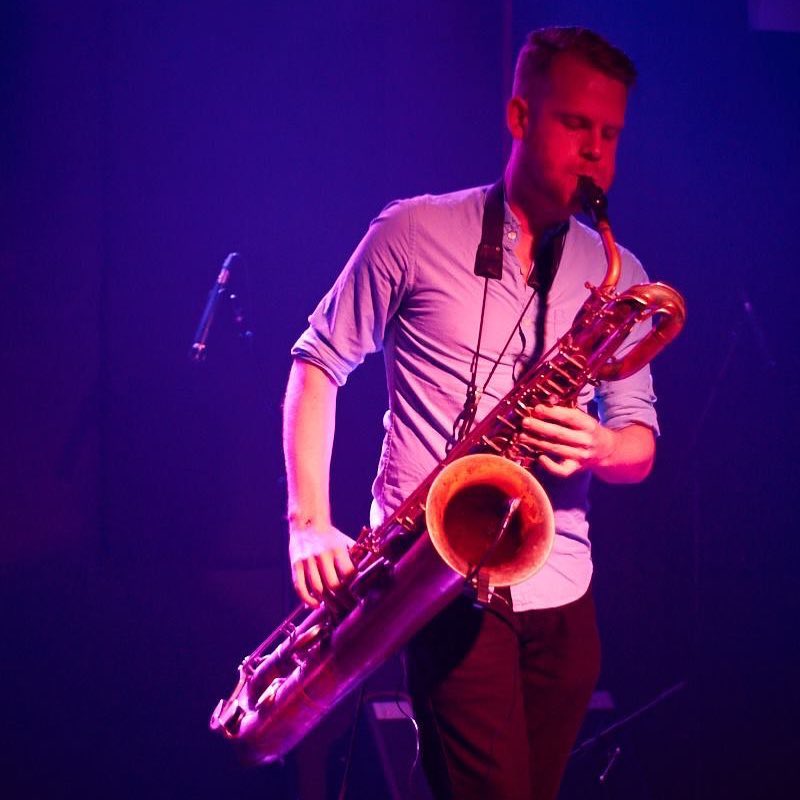 Jonah Parzen-Johnson, a resident of Brooklyn NY, plays music for solo baritone saxophone and analog synthesizer. Imagine the raw energy of an Appalachian choir, balanced by a fearlessly exposed saxophone voice, resting on a unique combination of analog synthesizer components sitting on the floor in front of him. It all breathes together, as he uses his feet to weave square and sawtooth waves into a surging base for folk inspired saxophone melodies, overblown multi phonics, and patiently developed circular breathing passages. Every element is performed and recorded live, solo, without any looping, overdubbing or recorded samples. It is music with texture, and depth, but most of all, it is direct and grounded in performance. Jonah remains deeply committed to music that connects to the listener. In July 2017, Jonah released his third full length solo album, ‘I Try To Remember Where I Come From’ (Clean Feed). The release has been described as, “haunted by abstraction but guided by a compassionate pulse,” (New York Times), as it, “vividly channels free-jazz with elements of improvisation and composition, combining to create a sustained meditative mood, transporting listeners to another world.” (Downbeat Magazine). A Chicago native, Jonah’s circular breathing, multi-phonics and inclusively experimental style owe a debt to the Chicago saxophone legacy, but his devotion to a quirky almost vocal approach places him in new territory for the instrument. Since 2012, Jonah has toured over 40 thousand miles, by himself, across the US and Canada. Along with playing solo, he is a co-leader of Brooklyn Afrobeat outfit, Zongo Junction, and an active part of Brooklyn NY’s independent and experimental music communities. He has appeared as a sideman with, Kenny Werner, Randy Brecker, Lenny Pickett, Adia Victoria, This Is The Kit, and Ex Reyes, among others.