Samarth Nagarkar is a Hindustani classical vocalist, known for his captivating performances and a traditionally rich music. Samarth features in several prominent music festivals and venues around the world. He has two albums titled ‘Pravah’ and ‘Pranali’ to his credit and has published a book tilted ‘Raga Sangeet’. Samarth is Guru and Director of Academic Affairs at Chhandayan Center of Indian Music in New York and also frequently presents lectures and master-classes at schools/universities like MSM and NYU. Trained under two of India’s most respected gurus and performers, Ulhas Kashalkar and Dinkar Kaikini, he is a former scholar of the ITC Sangeet Research Academy, Kolkata. Samarth was awarded a Fellowship by the Department of Culture, Government of India and was one of the youngest musicians to be adjudged winner of the prestigious All India Radio National Competitions at 19 years. Pursuing a full-fledged career as a performer, composer, teacher and author, Samarth is described by critics as one of today’s most prolific performers and a torchbearer to the traditions he represents. 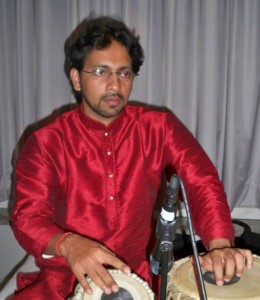