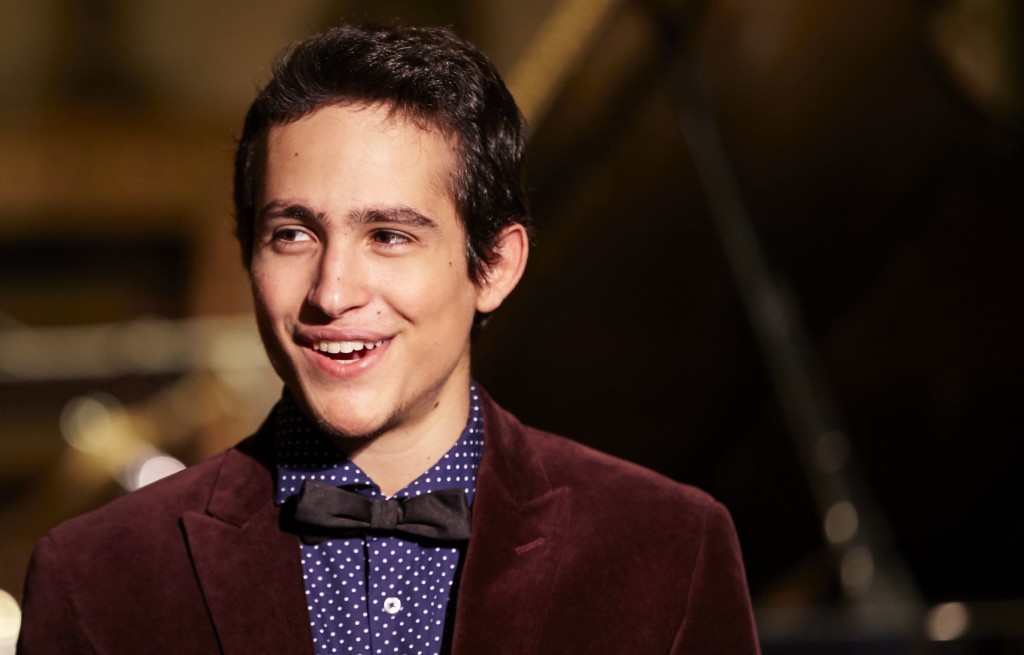 For Guy Mintus it’s not the what but the why that goes behind a musical gesture. Whether he’s sharing the stage with jazz legends, composes for classical orchestras, collaborates with masters of traditional music or working with kids; Guy feels at home. The Israeli pianist, coming from a mixed heritage of Iraqi, Moroccan & Polish jews, is a true citizen of the world – NY based for the past five years while constantly on the go having recently presented his music in Brazil, India, Turkey, throughout Europe, the US and Canada.

Guy’s awards include the Prix du Public at the Montreux Jazz Festival’s solo piano competition and two of ASCAP’s “Herb Alpert Young Jazz Composer Award” among others. His debut Trio record, ‘A Home In Between‘ was chosen as DownBeat Magazine’s editor’s pick and led to an invitation of his group to perform at Jazz at Lincoln Center, NY.

At 26, he has collaborated with artists as diverse as Jon Hendricks, Trilok Gurto, the Afro Latin Jazz Orchestra and the renowned ska-punk band Streetlight Manifesto with whom he performed as a soloist at a sold out Beacon Theater.

Guy has been commissioned to compose works by the American Composers Orchestra, the Jerusalem Symphony Orchestra and the Jerusalem East & West Orchestra. In 2018 he will perform Rhapsody in Blue with the Bayerische Philharmonic as well as his own piano concerto with the Israeli Chamber Orchestra.

Born in 1983 in the city of Freiburg in South Germany, I spent my childhood in
Mexico City.There I started musical classes as a three-year-old,learned to play the violin at the age of eight and soon chose the guitar as my main instrument. During my youth in Germany learnt autodidactically, before studying jazz guitar at the Music Conservatory of Cologne. My musical activities show a wide variety: from gypsy-swing over latin-music, modern jazz and experimental music, I feel at home in various styles. Thanks to a DAAD-scholarship for a semester abroad to study in South India, a leadership in Senegal in cooperation with the Goethe Institut and several journeys to North-, Central- and Southamerica, I got influences from further music cultures. I am active as a performer, composer and teacher for several instruments, as a band leader and a sideman.