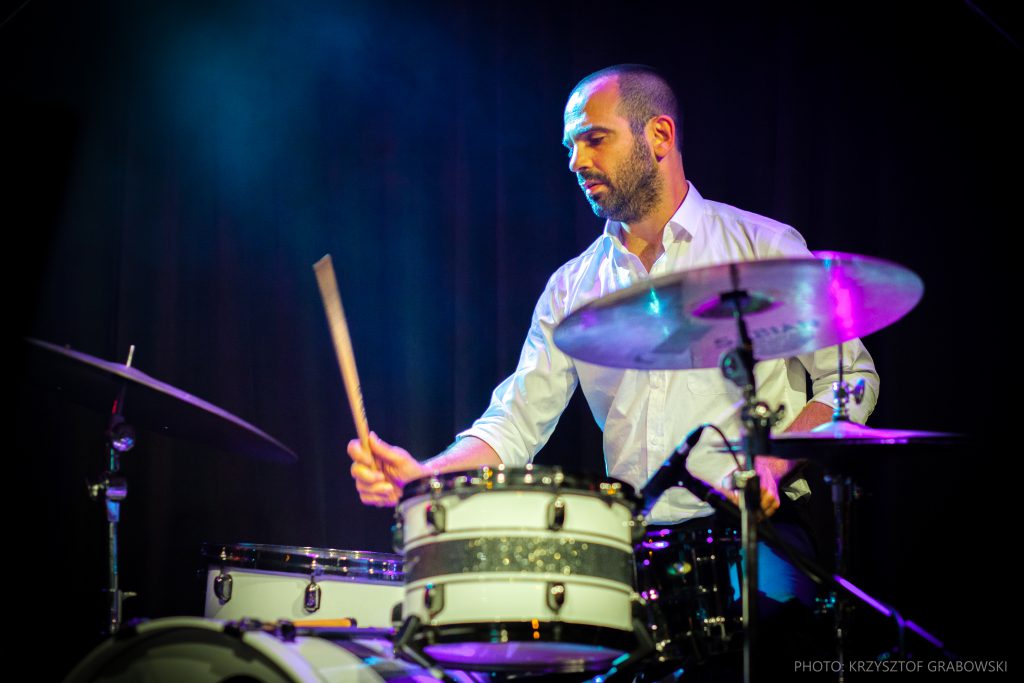 The music of Udi Shlomo (drummer, arranger and composer) combines original compositions and new arrangements for traditional folk songs, which creates energetic and warm music, with rich melodies and exciting rhythms.
In 2013 Shlomo began to gather traditional music from around the world, and later on, started Shlomo to bring his own compositions, in addition to the new arrangements for traditional folk songs, while keeping this unique sound.
Udi Shlomo was born in Israel (Kibbutz Nachshon) and immigrated to Norway (Trondheim) in 2010, after 10 years of successful career in the Israeli music scene, where he played with some of the best musicians in Israel. Udi performed with international artists such as Sheila Jordan, Lew Soloff, Judy Silvano and Chuck Israel, when they performed in Israel.
Over the years Shlomo has played at venues such as:
Pizzaexpress Jazz Club, Ankara Jazz Festival, Sibiu Jazz Festival, Oslo Jazz Festival, Trondheim Jazz Festival (future), Jerusalem Jazz Festival, Tel Aviv Jazz Festival, Usadba Jazz Festival, Delhi Jazz Festival.

„…Shlomo’s percussion is in fact one of the most compelling aspects…he is all over his kit, splashing and clicking and ticking and thumping and rattling, sometimes with clear timing and patterns, sometimes just adding percussive color, and other times just flailing about even though he always remains purposeful and very, very clean. There are moments where his ability to produce what we hear with only his two hands and feet is shrouded in mystery…”
Brian S. Lunde – jazzreview.com

„Some music I enjoy in an intellectual way, and some music in a physical way, but in this concert I had it both…this music must go out there!“
Johan Hauknes – salt-peanuts.nu