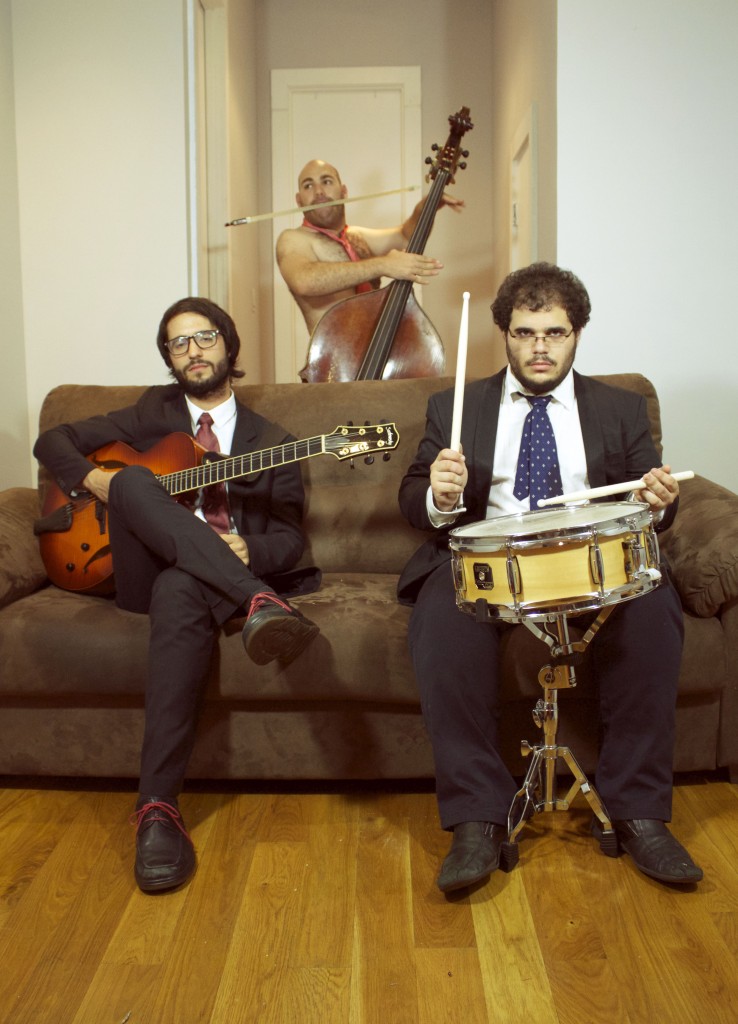 „They’re certainly jazz and of this era, they’re full of energy and have a multitude of things to say … As a trio they’re tight, a fantastic form, able to soar.
…they’re seriously craftsmen of songs, pulling from so many parts in their own instruments.“ – NEXTBOP.COM

In a world where daily life revolve around a screen and a finger, KADAWA gives their audience an ‘offline’ experience worth lifting their heads for. From ruthless improvisations to intimate, harmonically-rich lullabies, KADAWA is on an everlasting quest to push themselves and their craft to new peaks, further explore the possibilities within their musical world and bring an end to global warming.
A New York City based collective trio, the band performs all-original music by its three Israeli members, influenced by jazz, rock, cinema and literature. Whether simple or complex, frightening or peaceful, serious or sarcastic, funny or bizarre, each piece carries its own distinct storyline.

Working together since 2013, KADAWA developed a unique way of communication, using collective free improvisations and spontaneous arrangements. To present and explore these concepts on a variety of musical styles, this workshop will include a short set of original music, jazz standards and improvised pieces followed by an open discussion and related demonstrations.