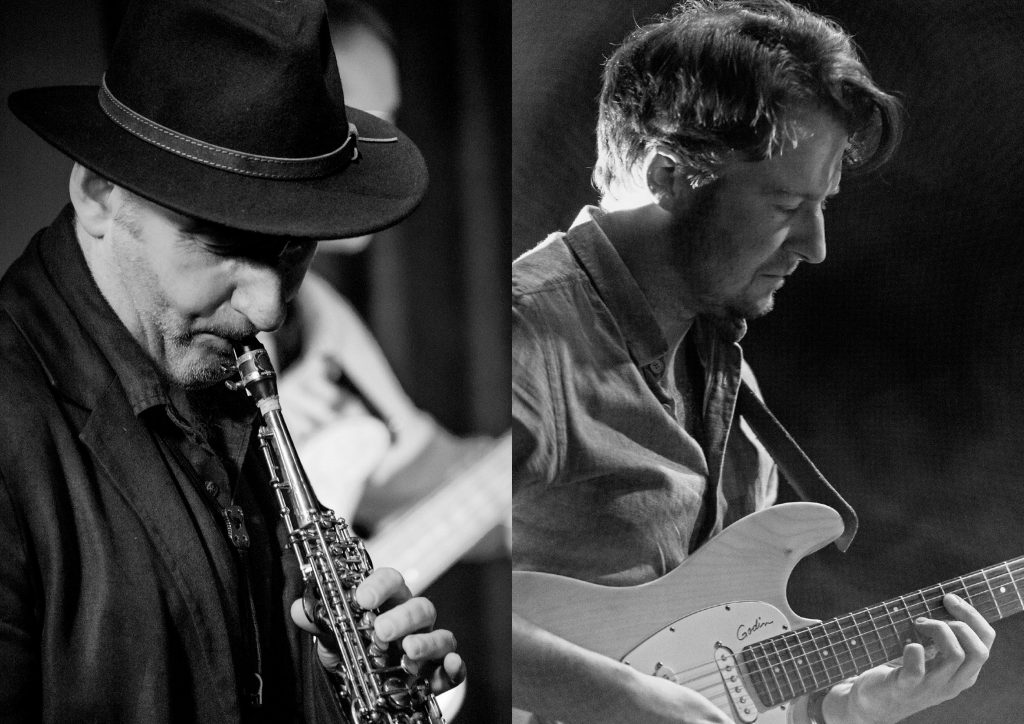 Julian and Maciek starting playing in a quartet together in 2016. They initially played many venues across London and in April 2017 recorded an album called Transitions at The Artesuono Studios in Udine in Italy with ECM engineer Stefano Amerio. The album was released in Septemebr 2017 on 33Jazz records.

„Julian Costello is a sax lyricist, telling his stories of life’s ups and downs with perfect alteration of tone to impart strength, humour and even frailty at times… This is a great album, strong, tenacious in its quality and simply makes a great listen“ Sammie Stein Jazz in Europe.
It’s one of those albums which creates it’s own mood, an album to listen to from beginning to end….and then come back to it, time after time. Musicianship in service of the music more than the ego“. Ken Avis (US Critic)
They toured the Uk in 2017 and 2018 and establishing their reputation for intense live performances that contain great energy, and also humour, they embarked on an Open Soundcheck Tour of England and France in the autumn of 2018 with support from the Arts Council of England..

They performed at The EFG London jazz Festival to a packed house, a wonderful concert in St Etienne in France and have dates this March in Poland, Germany and Belgium. Quartett-Jazz made in Britain mit ganz persönlicher Note: Ein Lab-sal Jazz Podium Deutschland.
Julian Costello is a London-­based musician, composer and teacher. Julian writes the music for the Julian Costello Quartet, plays in a number of jazz big Bands, in a vocal/cello and guitar trio called Perhaps Trio and in a world music trio called Vertigo with Tabla/Percussion, Oud/Guitar and Soprano Saxophone. Julian is also an active teacher and runs Jazz based workshops.

Maciek Pysz – Guitarist /Composer
Maciek Pysz is a guitarist and composer known for his clear lyrical phrasing, his virtuosity and his imaginative cinematic compositions. He has performed with Daniele di Bonaventura, Tim Garland and Francois Arnaud and has appeared in festivals and clubs in the UK, France and Italy.
His two albums feature his Trio with Yuri Goloubev and Asaf Sirkis, and Daniele di Bonaventura appears on his second album, His album A Journey received several 4 stars reviews, including one from Ian Mann who wrote „Pysz is a quiet virtuoso who has developed into one of the most distinctive guitarists around”.