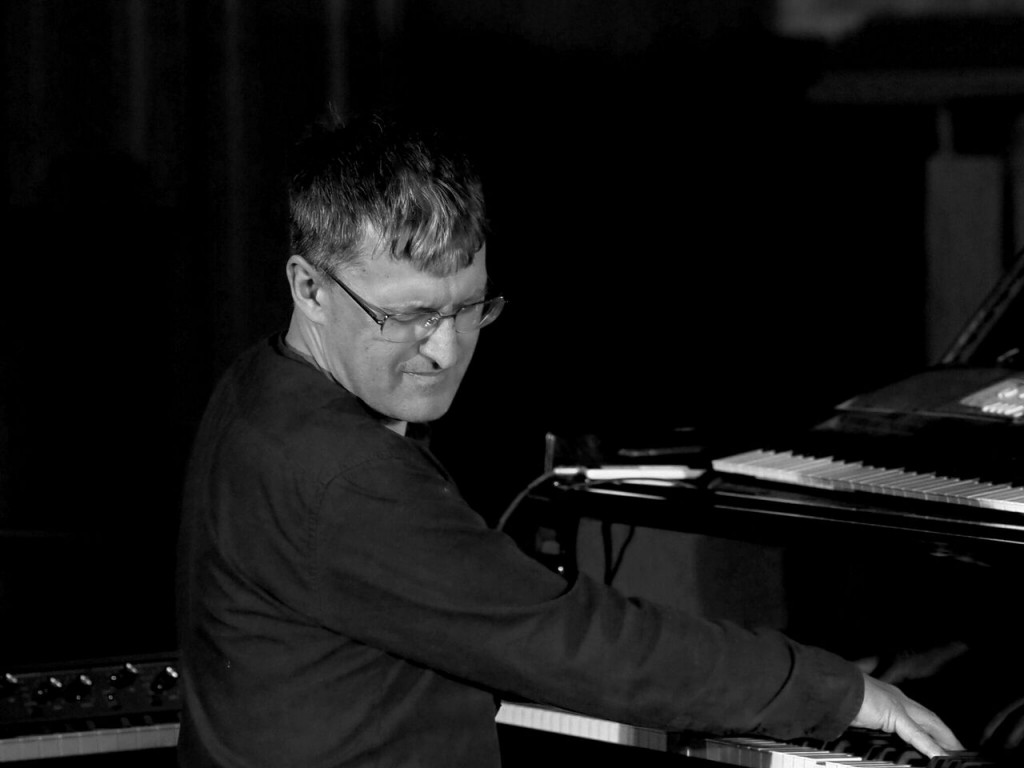 New formation of John Law’s quartet project Congregation, which recorded the outstanding double CD These Skies In Which We Rust (33Xtreme006). Combining intricate yet strong, highly melodic acoustic instrumental compositions with electronic compositions and subtle ambient textures, John Law’s music treads a path between contemporary jazz, rock and his original classical background, to produce highly visual music, almost filmscapes, each one in its own particular emotional and timbral area.

The new formation of John’s Congregation brings together three outstanding young musicians from the world of contemporary jazz, each of them highly skilled in many musical genres. Featuring the young musician James Mainwaring, from Mercury Prize jazz winners and European Jazz Competition finalists Roller Trio, who will be playing both saxophone and guitar, and adding subtle electronic textures and loops to the music. Ashley John Long is one of the most in-demand young bass players in the UK; a musician of great depth and knowledge, as well as instrumental virtuosity, he is also a classical virtuoso, playing in many contemporary and baroque ensembles, as well as one of the most exciting avant-garde players playing freely improvised music. The brilliant young drummer Billy Weir, fresh out of music college, is one of the new breed of drummers who is equally at home in complicated time signatures and metric changes as well as within the function of a simple, joyous groove!

This short European tour will present music from the double album as well as works from John Law’s electronic project Boink! and new compositions.

„…combining the vocabularies of jazz and classical in a singular and seamless way, coalescing improvisational surprise and a deep elegiac musicality…“
All About Jazz 2011

„…so full of joy that it can renew your faith not just in jazz, but music itself.“
Phil Johnson, Independent on Sunday 2011